Torrance is an attractive urban-rural village which nestles in the Kelvin Valley close to the foothills of the Campsie Fells.  It has clearly defined boundaries and a character of its own.  Its population is around 2,500. 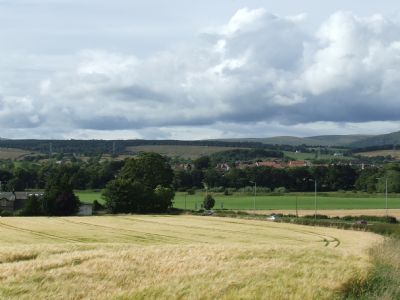 There are three pub/restaurants in Torrance and a few small shops and businesses.  Public transport is limited to an infrequent bus service.  The single large employer in the area is Ferrymill Motors.  The village of Torrance was expanded greatly in the mid-seventies with mainly 3 – 4 bedroom family homes. Many of these houses are almost 40 years old. Younger family members are having to move away and original owners are moving out of the village since there are very few smaller homes for sale. There is a desperate need for affordable housing and smaller properties within the village. The needs of first time buyers and the elderly particularly need to be addressed.

Almost all community based activities take place in two halls: Caldwell Hall and Torrance Community Centre.  Neither hall is now fit for the range of community and leisure activities required by the much enlarged population.  Although Torrance also hosts a tennis club and bowling club, it lacks a meaningful focal point where a range of activities for all sections of the community can take place.

In 2004, TCI carried out a survey where the majority of respondents rated the community facilities as poor.  The following year, TCI commissioned a consultancy firm 'Irridescence' to carry out a detailed consultation and demand analysis.    The report demonstrated there was a clear demand for new facilities to meet the needs and aspirations of the community.

In 1980, when the common land (9.8 acres) was owned by 'The Boys Club', outline planning permission was given for a substantial building to accommodate the club.  The building was never built and a few years later The Boys Club ceased to function.  TCI worked over a period of 7 years to find a means of building a new community centre on the land.  The only financially viable way of achieving this was to form a partnership arrangement with the council and other interested bodies.   Even this would have created a shortfall in funding and would have required TCI to use part of this land for housing as financial leverage in delivering new community facilities for the  people of Torrance.  In the event, a large section of the community was not prepared to relinquish any land.  Neither was the council prepared to release green belt for community benefit.